Too much of a good thing...

I haven't posted in a while as I haven't had the opportunity to buggy much due to the weather and life.

Today was the day, the forecast looked good with 12-15 knots. 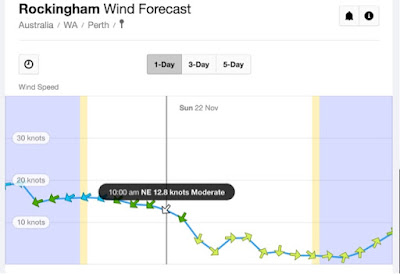 Everything was loaded ready to go. This morning I woke to gently swaying trees, got up and got out.

On the lake checked the wind and it was 15 knots + blowing an easterly so thought I could buggy all the way down the lake. I was motoring down the lake approaching a narrower bit which was blocked by a man and his dogs!

Power slide to stop and de-powered the kite, which went behind me, bow-tied and ended dropping into the bush! Thankfully missed all the trees and sat still on the grass!

Disconnected the flying lines and after half an hour of careful extraction and then bridle de-tangling I was able to pack the kite away, could have attempted to reattach the lines and given it another go but the wind had kicked off. 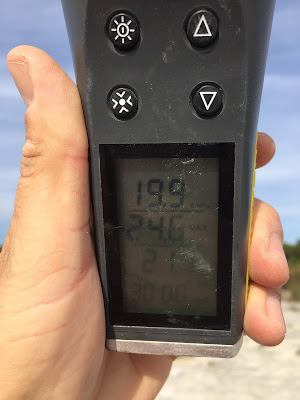 I'll be able to play my own music for my videos... 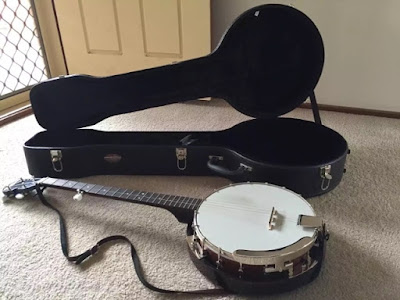 Never had a musical instrument before, so maybe a while before I can do my own sound tracks! 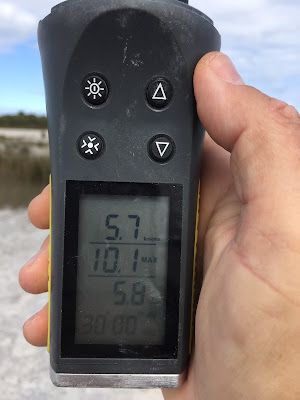 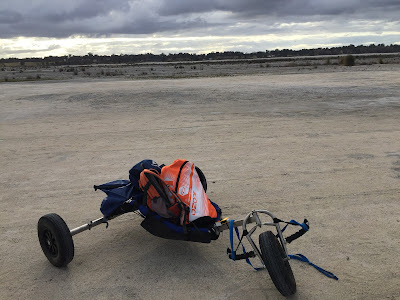 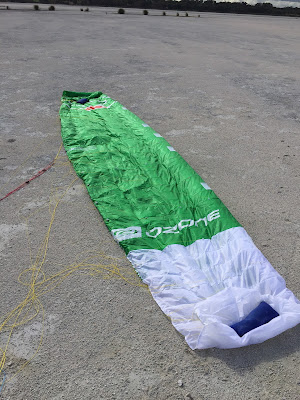 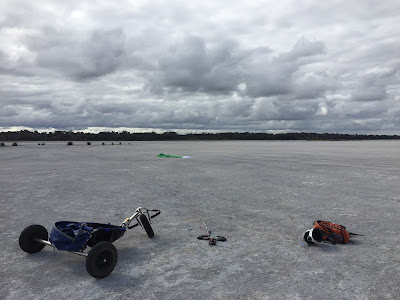 My foot pegs on the buggy have required frequent and regular reapplication of the grip tape...

After listening to the advice given to me on Extreme Kites, today I took a trip to the tip and came home with a mountain bike wheel and tyre - 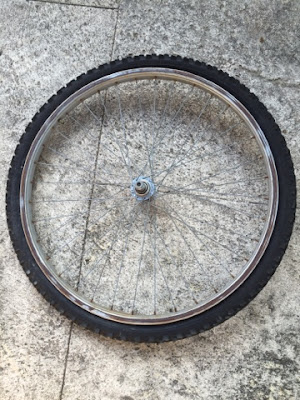 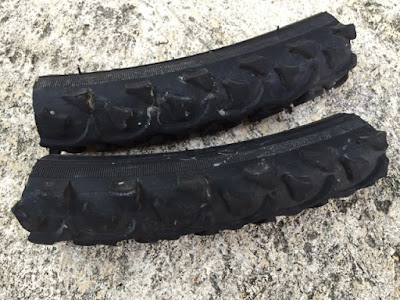 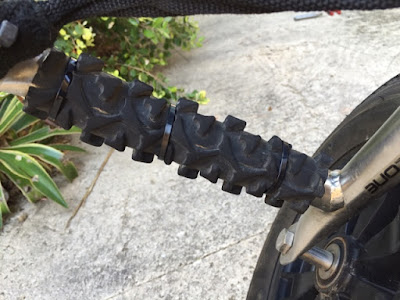 And plenty of spare to replace it in the future - 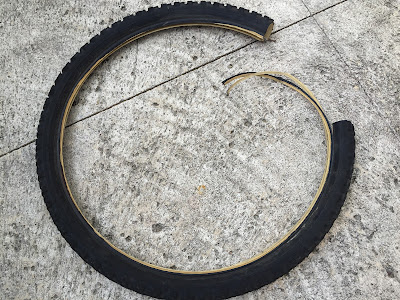 I have modified my comp xr+ with the gigastrong axle and had the side rails extended, following some inspiration on Extreme Kites, home brewed kite buggies, from Andy666.

I'm now thinking of further modifying my buggy by getting somebody to build me a swan-neck down tube and adding a buggy bags sport class seat. 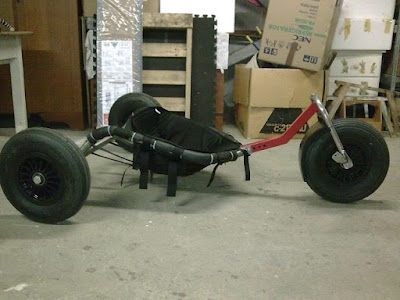 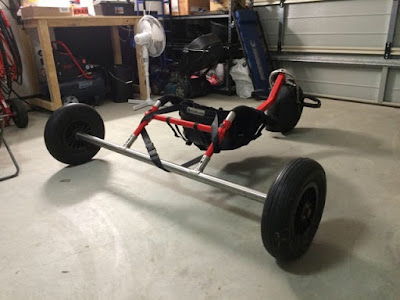 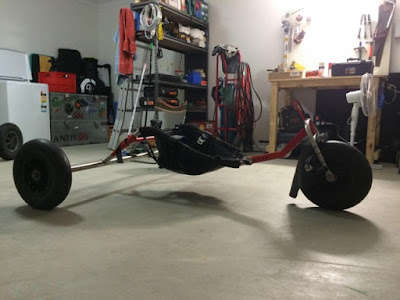 I created and uploaded a new banner for my blog...

created using banner fans
Posted by Unknown at 08:00 No comments:

A great video from Jhn.Holgate from the Lake Lefroy Land Sailing Club regatta, how quick is that dude on the green kite...?

Some more pictures from Lake Lefroy and the Ozone R1 7m in the kite buggy, taken by Jhn.Holgate.

The last three are all taken from the same spot and show the water encroaching over the lake once the wind changed direction! 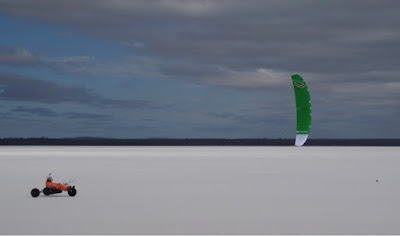 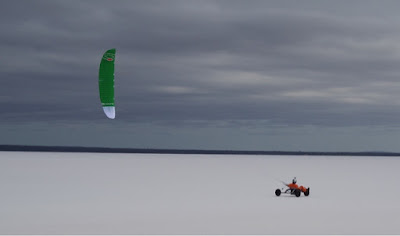 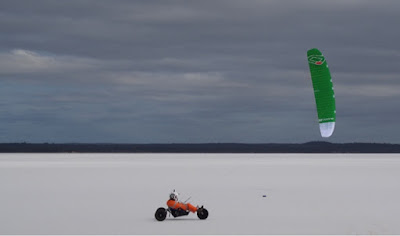 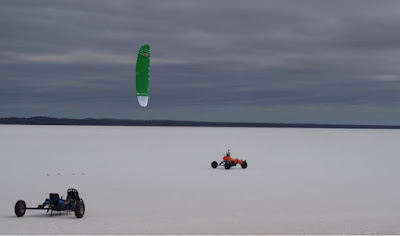 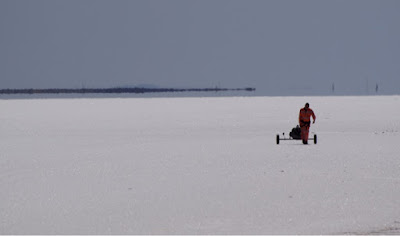 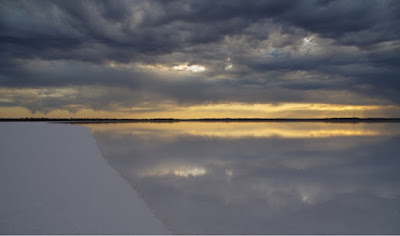 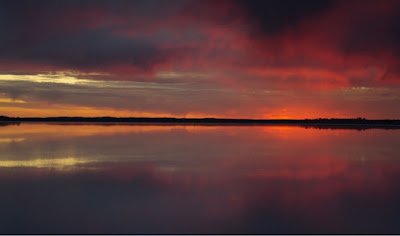 Kite Buggy, Lake Lefroy WA from Mark Crook on Vimeo.
Posted by Unknown at 09:06 No comments:

Well it looks like for the last four years I have been buggying backwards!

It was pointed out to me on Extreme Kites that my foot pegs are pointing the wrong way...

"Nice photos, but for some reason (perhaps optical illusion) those foot pegs on your buggy look like they're on backwards..."

After a bit of discussion it appears I may have put the front fork on the wrong way and that's why the foot-pegs are wrong!

I flipped them around today... 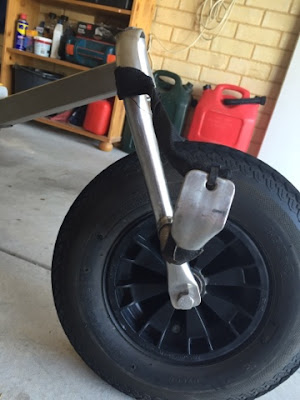 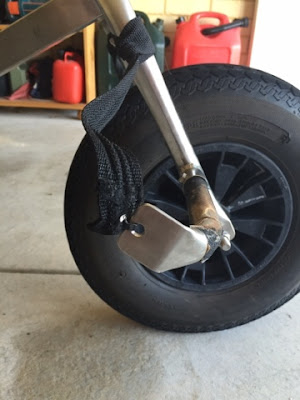 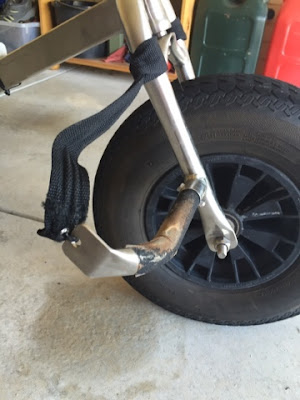 The next generation of race kite...

Following on from the success of the R1, Ozone have started testing the R2 - apparently this is the second design and is called the R2-Design 2 or the R2-D2... 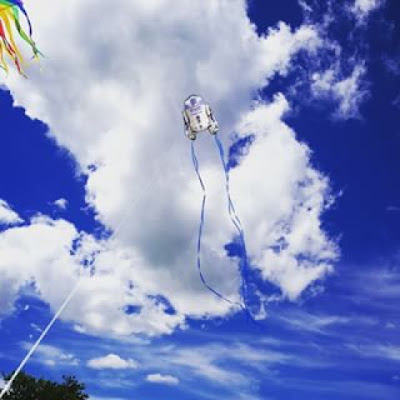 Got back home this arvo and set my personal buggy detailer (my 12 year old daughter!) to work...

To this, she also cleaned my harness and sandbag -

Tomorrow I will unpack the kite and clean of any salt off the sail and give the bar and lines a good rinse, I'll wait until tomorrow so it can dry!
Posted by Unknown at 18:49 No comments: