When I was looking at new ways to maim and injure myself and also wanted something fun for my birthday the first thing that sprang to mind was a new mountainboard...

Having previously owned an MBS comp 16 pro which was also one of the favourites when we reviewed a group of boards I decided to shop for another MBS. As I was intending to play downhill and with the kite I opted for the MBS comp 90, which has the lighter MBS Vector trucks, rather than the comp 95 which has the matrix channel trucks.

After some advice from Adam at Munro Boards a shiny new MBS comp 90 was on its way... 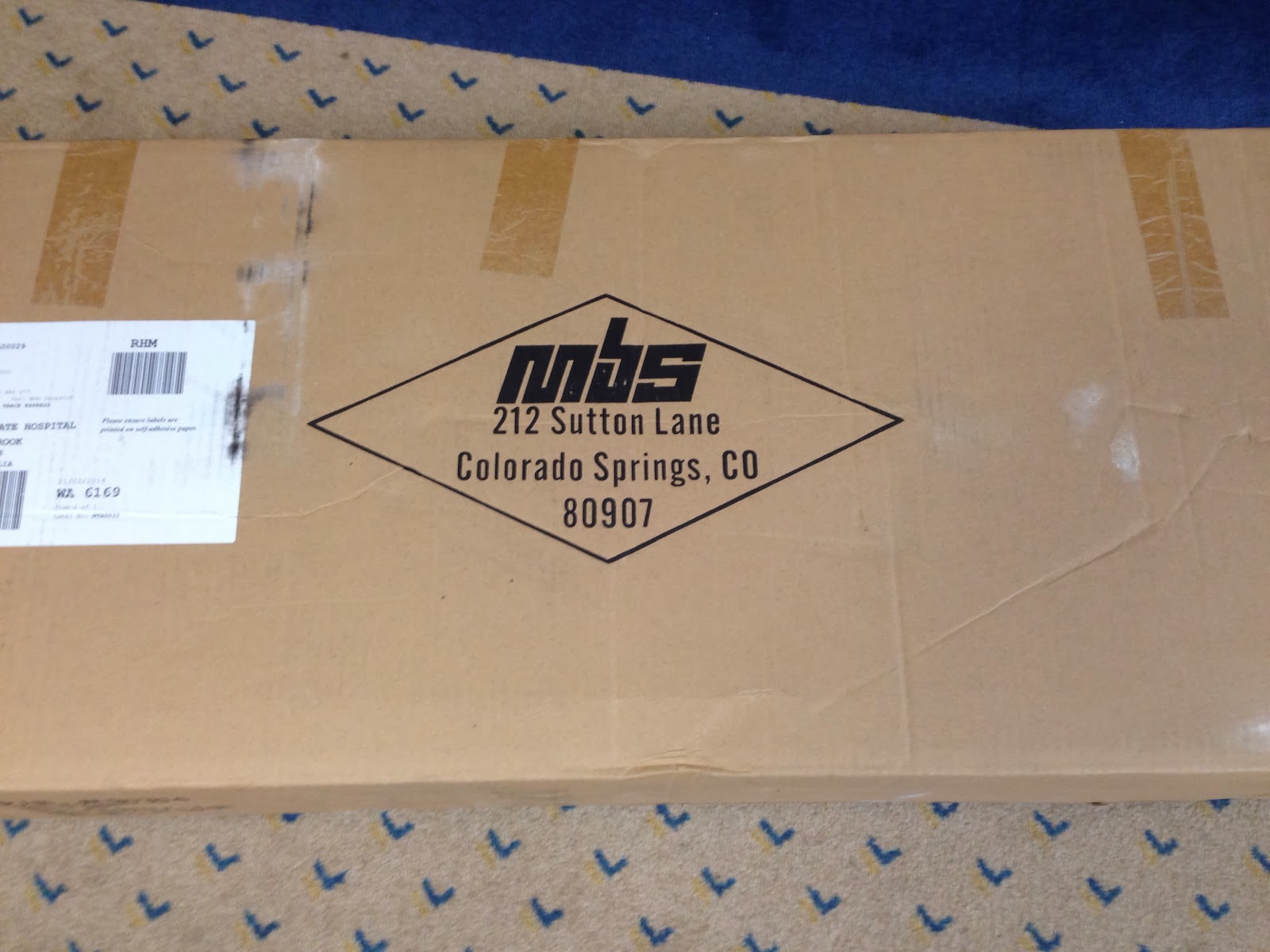 The board comes with instructions, a ride guide and multi-tool and the only assembly required was to attach the wheels/bearings and put some air in the tyres. 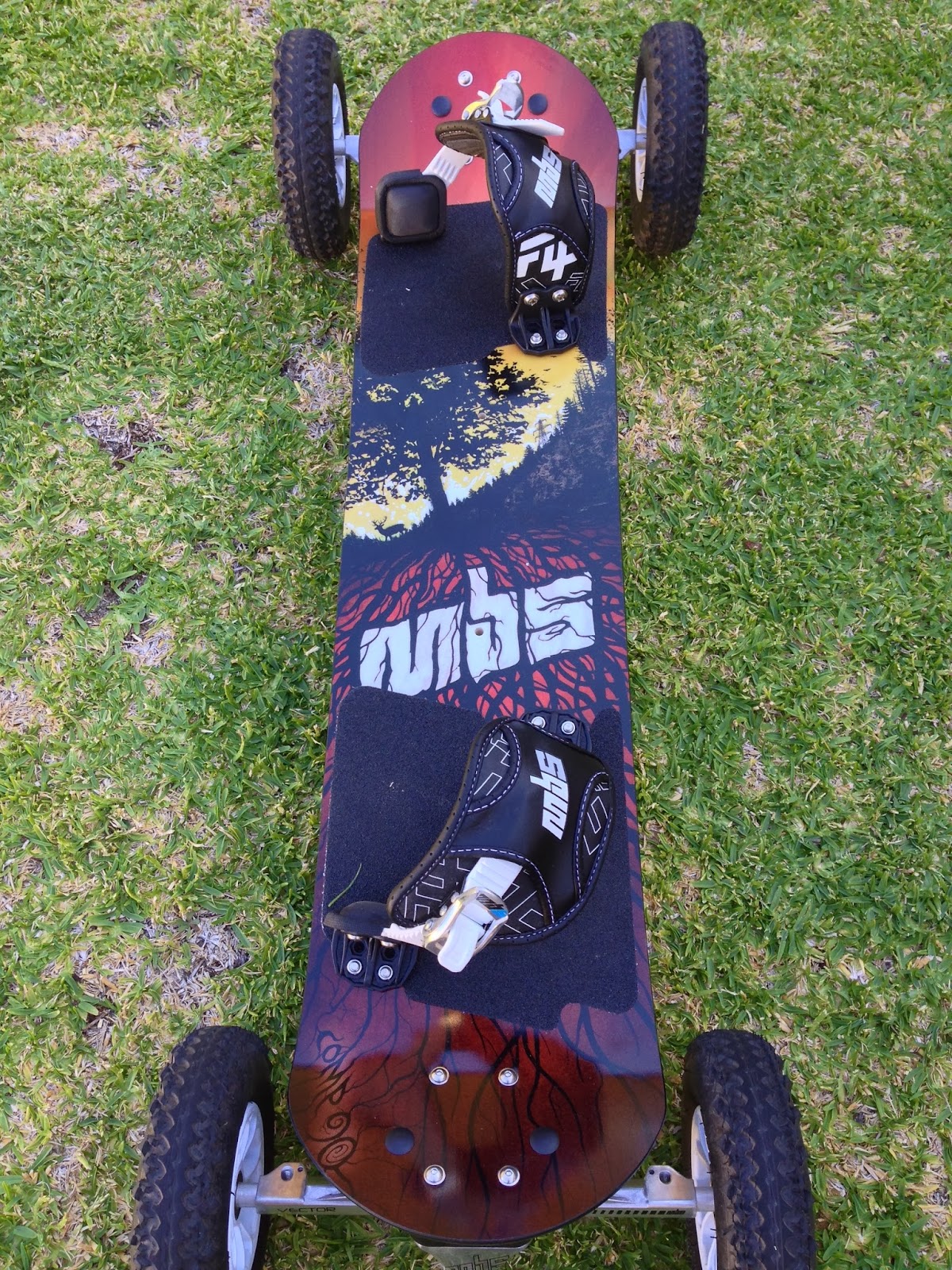 The graphics are slightly dodgy, but overall the board looks great with the white and black hubs, tyres and bindings. 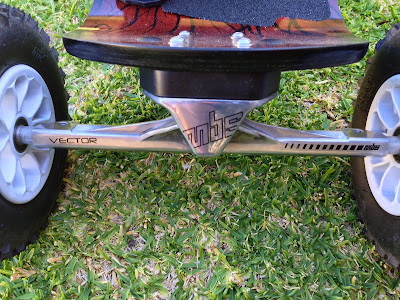 The vector channel trucks are lighter than matrix but still provide the same sort of stability (no rotation) and are more suited to the lighter or freestyle rider. I have had some pretty decent speeds on the tarmac as well as on the dirt and they feel completely stable - no hint of speed wobble. They can be adjusted either by tightening the king-pin nut as well as changing the bushings to suit your riding style. 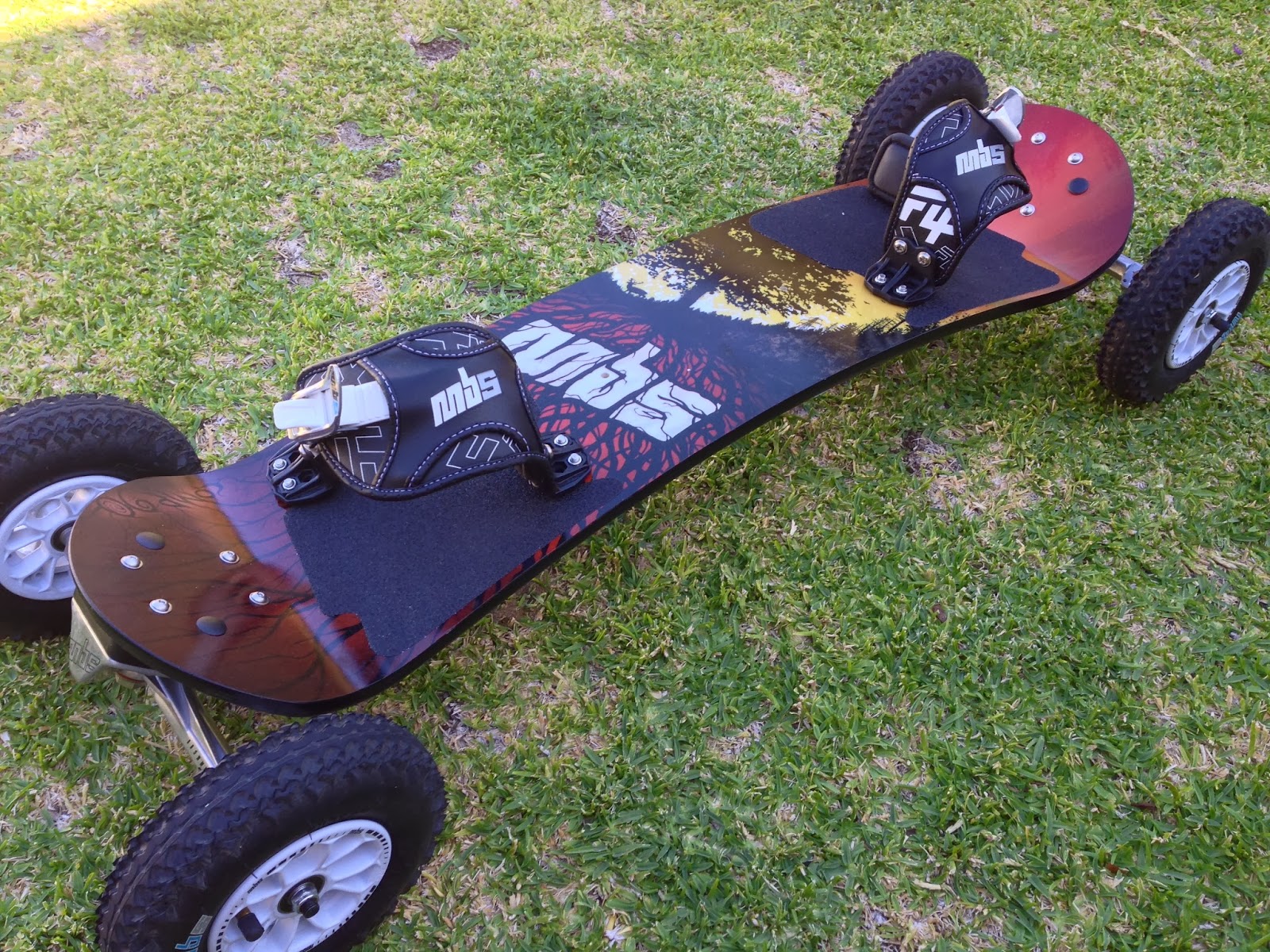 The T3 tyres have a different tread pattern to the T1's with a central bead and is designed for multi-surface use, they are also supposed to be harder wearing, on grass and tarmac I have ridden with them at maximum pressure, allowing me to dig in and carve without any loss of traction. On dirt and the surface of the Lake Walyungup I have dropped the pressure to provide a smoother ride and more traction and so far they have felt totally secure and aren't yet showing any signs of wear. 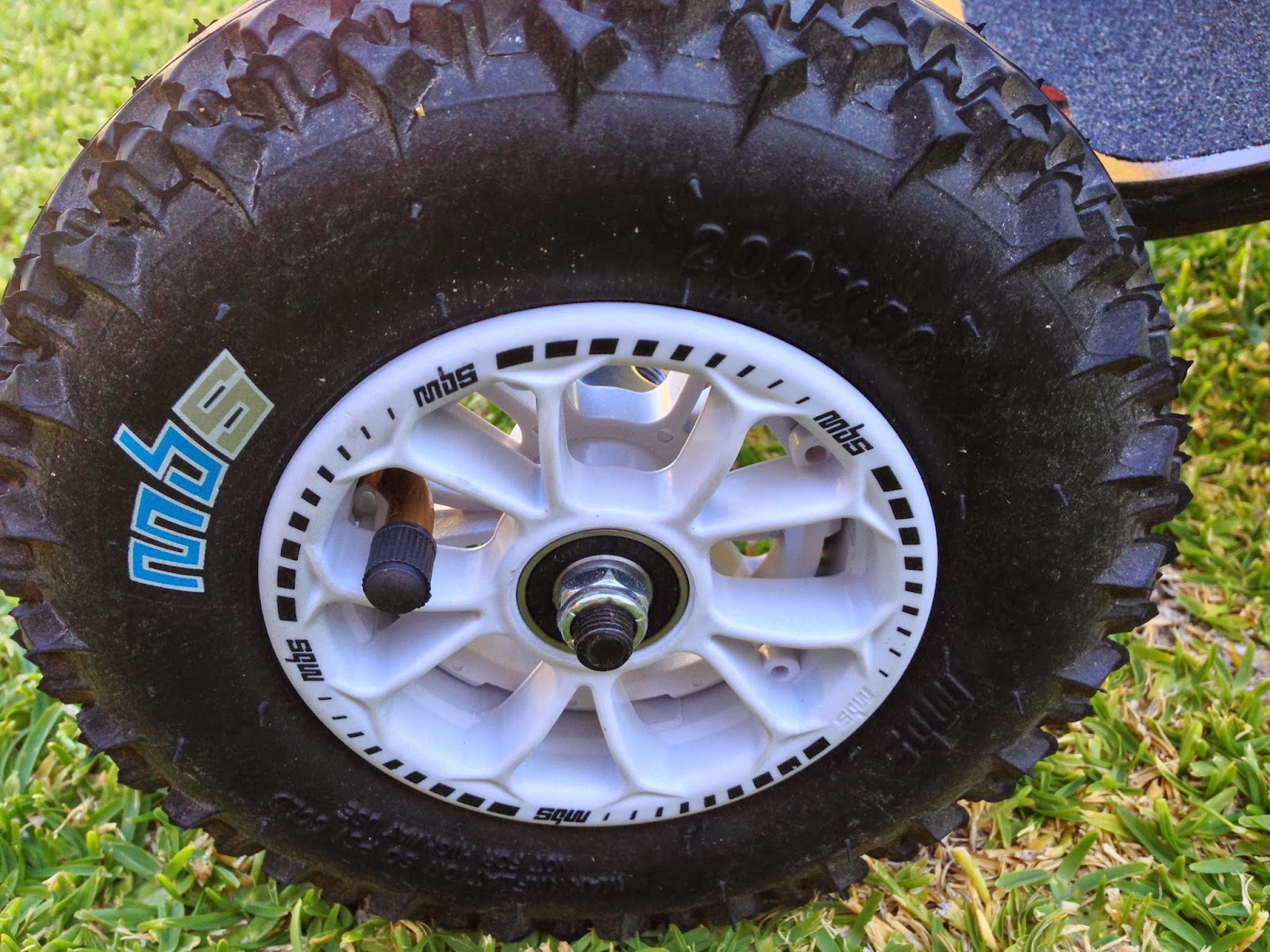 After my previous experience with mountainboarding I would never go for anything other than ratchet bindings (and in my previous life would always use heel straps as well) and once again the MBS F4's don't disappoint, ergonomically designed, they are secure and comfortable. The ratchet system is quick and effective to tighten and loosen them. For my tries with the kite I keep them loose enough to step in and out of then lock my feet against the posts. 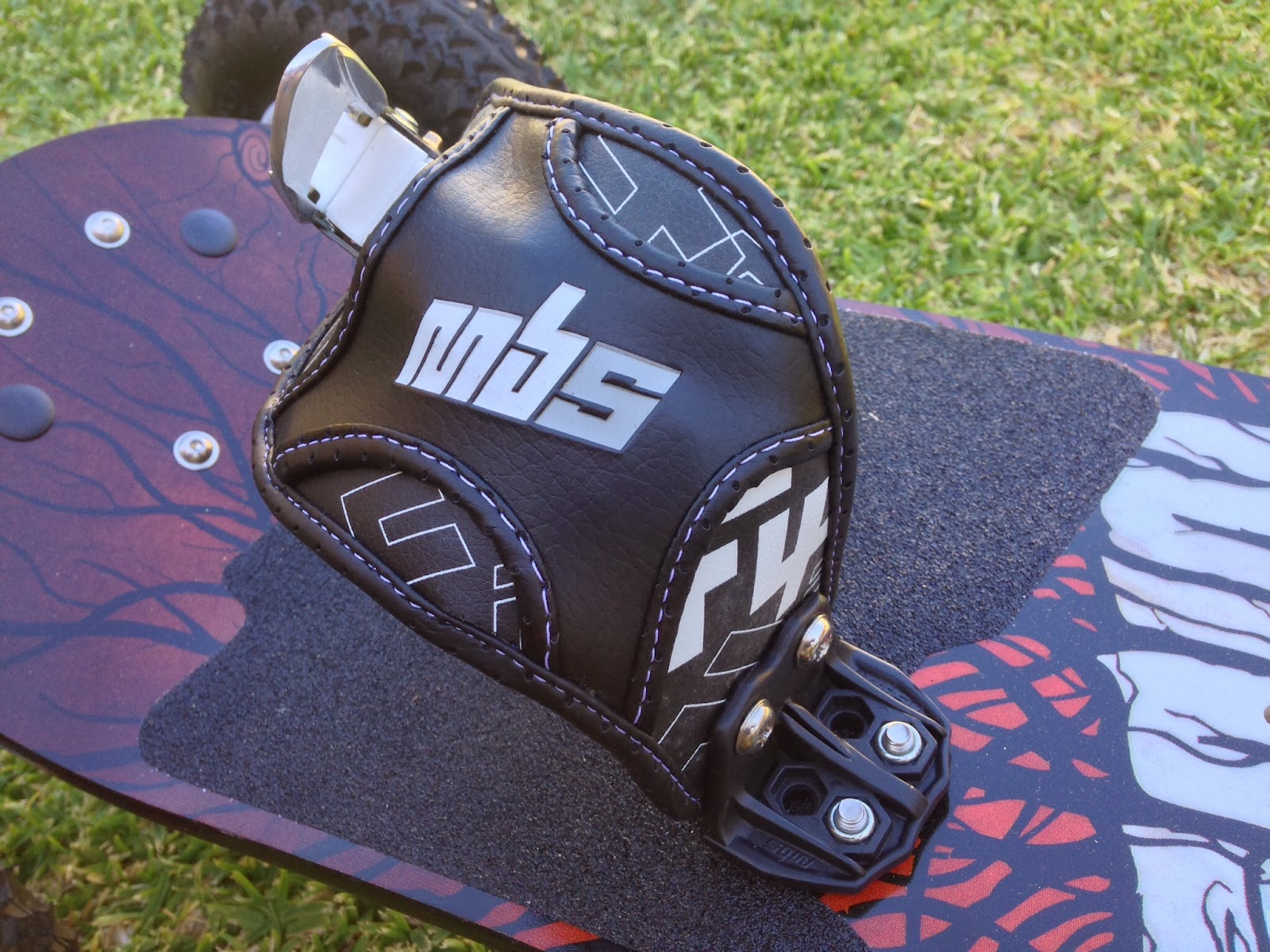 The deck has a great feel with enough flex and pop to suit my weight and riding style, enough to cushion the landings, smooth out the bumps, but provides plenty of stability and isn't twitchy. The coating is holding up to the abuse of the terrain and being in the car with all the other kite I carry with me! 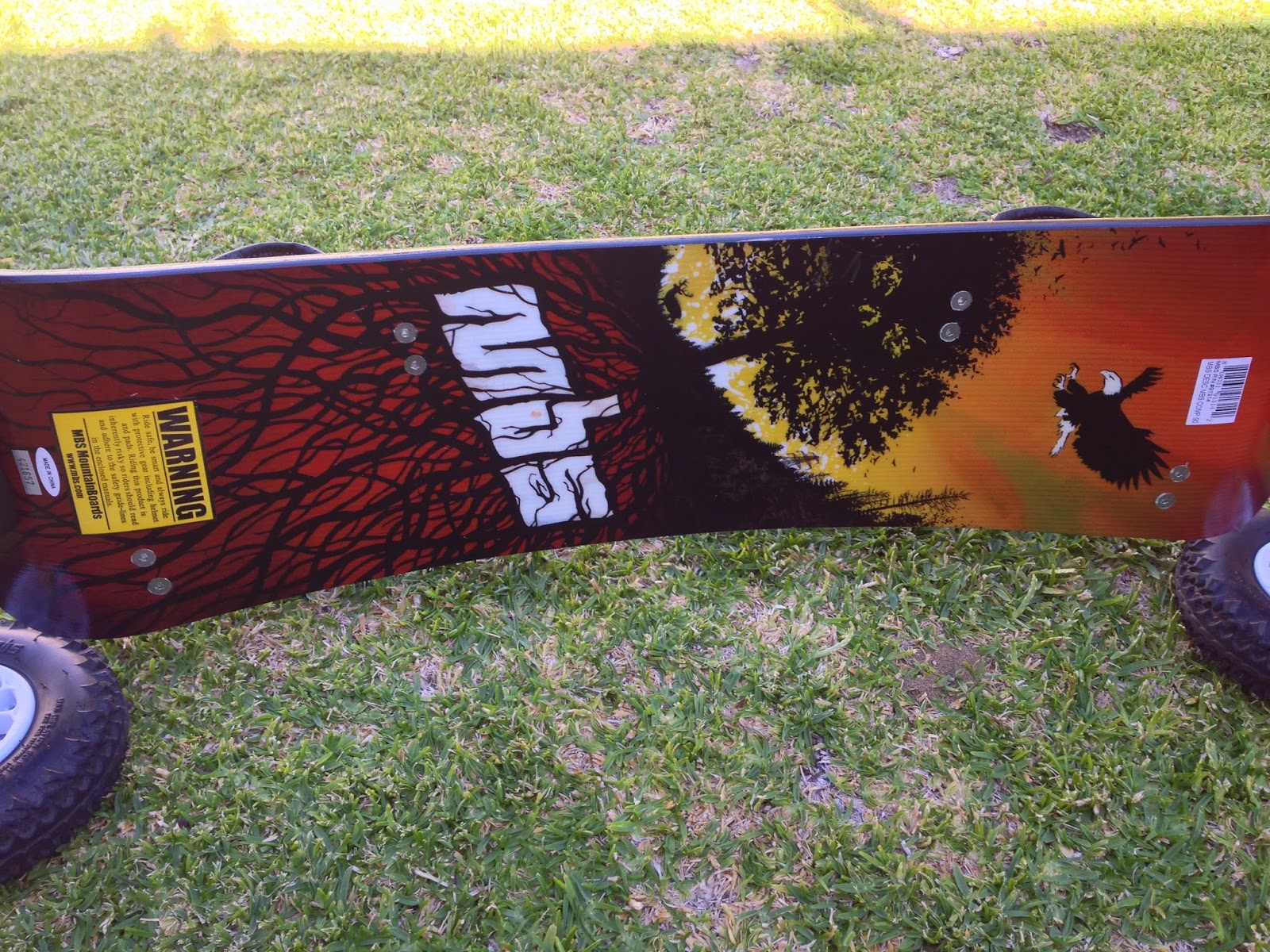 Overall the board is already proving loads of fun, wether it is carving down a tramac road, or throwing myself down the dirt of a local hill over sticks and stones, through sand and over gravel. It feels great, stable and responsive, with plenty of traction. The bindings allow you to lock in so you maintain maximum control.

I am just starting out on my kite-land-boarding but so far I have traveled further and faster than back in the UK when I first tried it out. Already the board is helping me hold the power and as I gain in confidence and experience I can see i may want to try and get some air with this board! Lets hope I get it on video...

Overall a great board with nice equipment and a nice feel to the ride. I'm lovin' it! Especially as the wind has been pretty crap recently and the forecast for the weekend is crap, but I still get to play! 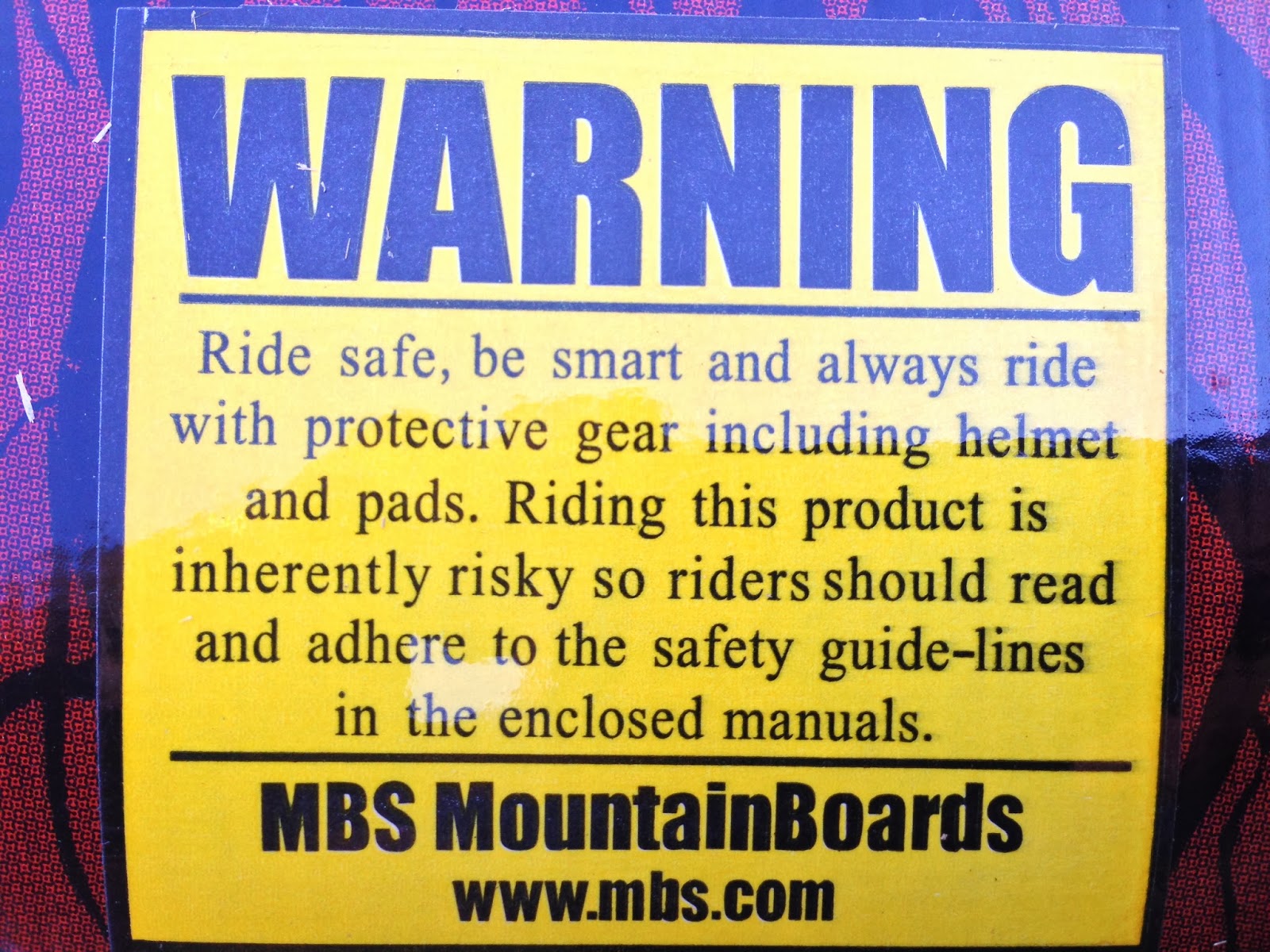 boarding... from Mark Crook on Vimeo.

ride the hill... from Mark Crook on Vimeo.