Would I get a Sysmic S2?

I have been pondering this question on and off for the last couple of days! 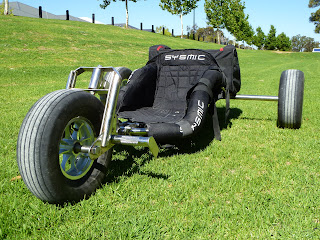 I have had the opportunity to borrow a Sysmic S2 from Bones, while he has been on holiday, this has been my dream buggy for a while and was worried that I would struggle to get back into my humble Peter Lynn Comp xr+. 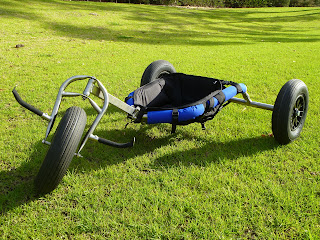 There is no doubt that the S2 is a great buggy, it's size and weight means I am probably holding down more power than I was in the Comp, those side rails hug me tight so I feel that I am unlikely to leave the buggy in an undignified manner.

For me the downside of this buggy is the weight, as it is set-up (according to various sources) it weighs about 44kgs. I'm not a small bloke but with the swanny and front wheel/axle attached and no rear axles, it is heavy to lift in and out of the car and it is on the lighter side of buggies  - the Libre Majestic is 54kgs and the Dragster 48.5kgs.

My Comp weighs in at about 12kgs! 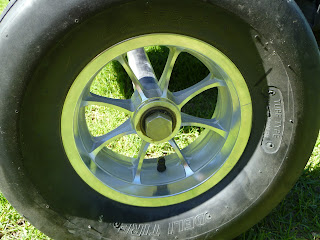 Personally I think I would of opted for standard barrows rather than the midis especially for use on the salt lake. The midis look great and provide extra traction but I also feel they are holding the buggy back, especially as I have dropped the tyre pressure for a smoother ride. I found it fairly hard work especially on the upwind runs.

I have the swanny and front wheel attached as I can still get it in the car like that, so at the salt lake it is just a case of attaching the rear axle with four bolts. It does take me longer than the comp an is a bit more fiddly  The ride is great, I can really hold the power, I can unstick the back end as needed to slow down and slide it round - don't worry Bones I have been picking my spots and making sure there is lots of loose stuff around before sliding...

Is this my dream shattered? Where to from here?

I have ordered a couple of 6 ply highway rated trailer tyres for my comp, the same size as standard barrows - hopefully these will prove to be more hard-wearing, once I get them on the rims! 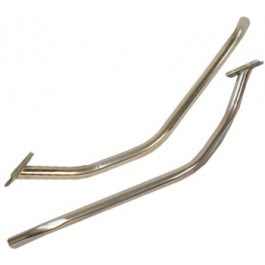 The next step will be to get the Peter Lynn heavy duty extended side frames, which will add an extra 150mm to the length and also the wide 140cm Peter Lynn gigastrong axle - both these mods should increase the buggys foot-print and increase the stability and weight to allow me to hold more power. I probably need some new wheel bearings as well. 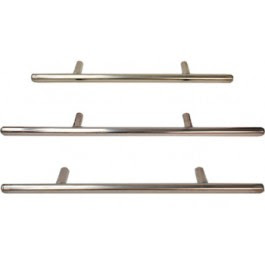 Then I will look at some way of making a back rest, which should also stabilise the frame. And eventually a new seat and kite buggy bag from Buggy Bags should make things a bit more comfortable! 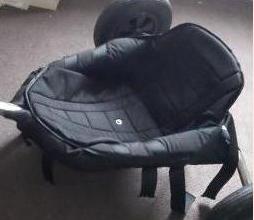