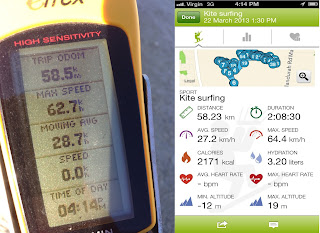 I know the official PB is the GPSr, but the max speed often sticks on my Etrex and doesn't update unless I reset it. And typically Endomondo has always recorded a couple of k's below my GPSr.
On Good Friday I had another nicely powered up session, I nearly equaled by PB according to the GPSr - but Endomondo again recorded by max speed 2kph below my GPSr! 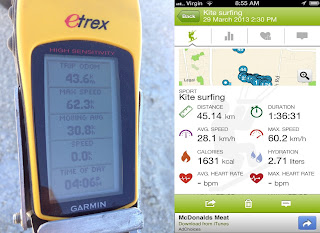