The forecast for today was looking much better than Sunday- 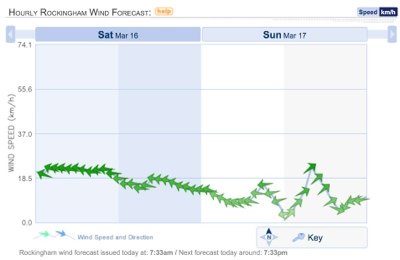 So I got down to Lake Walyungup at about 9am as my wife dropped me off as she took my car in to have a new tyre. 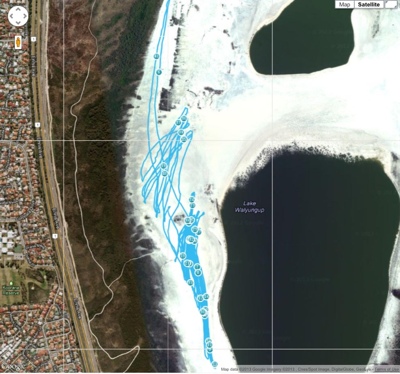 There were a couple of toy planes down there but after a bit they moved off and it gave me chance to use the whole lake. Which was pretty good as the wind direction was also variable as well as gusting and dropping.
I did just over 36km, no PB's but had a good time - and that's what counts!
There will be some video to follow...
Posted by Unknown at 16:44